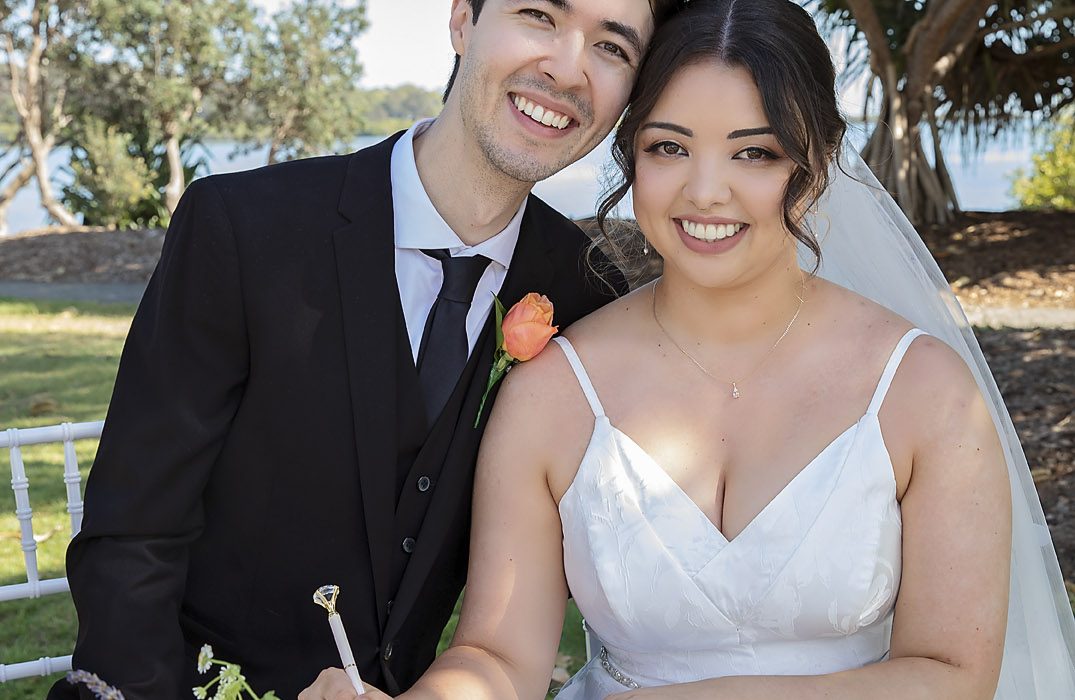 Aurelia and David are the most adorable young couple who just glow with happiness when they are together. They chose a morning wedding ceremony at Cleveland, and were blessed with a clear and calm day. The early ceremony time made the most of the day, when the sunshine was mild and the breeze was light.

Aurelia and her bridesmaids were beautified by Bella Brides, before being chauffeured to the ceremony by Kandid Kombi. The colourful blooms were by Little Miss Flower Shoppe.

Celebrant Cheryl Landsberry worked with the couple to compile their story. They decided on an intimate and quirky ceremony, with no cringe factor. David and Aurelia first met playing Dungeons and Dragons. When they first met, Aurélia noticed that David was the most optimistic person she had ever encountered. She genuinely didn’t realise that people like him even existed. David noticed that Aurélia was easy to get along with and had a great sense of humour. She was always quick with the punchy quips. And David noticed that he felt so open and comfortable whenever he was around Aurélia – he could just be himself without worry.

David and Aurelia delighted their friends by walking out of their ceremony to music from Portal. Photographer Sylvie from Papillon Studio captured some beautiful photos of the day, and as a bonus, could converse in fluent French with family members.

The newlyweds celebrated with friends and family at a brunch reception at Fiction Bar at Cleveland, followed by cake by Cakes by Simone.